Many productions make use of stunts during filming. Most traditional film insurance packages will not cover these stunts as they are considered too unpredictable. We are now happy to provide special coverage for some of these situations through our Stunt Insurance Package. Directors will now be able to obtain coverage for some of the following: stunts, aerial scenes, falls, fight scenes, recreational vehicles, water scenes, weapons, precision driving and animals.  These are all subject to underwriting approval.  An application is REQUIRED for this coverage. 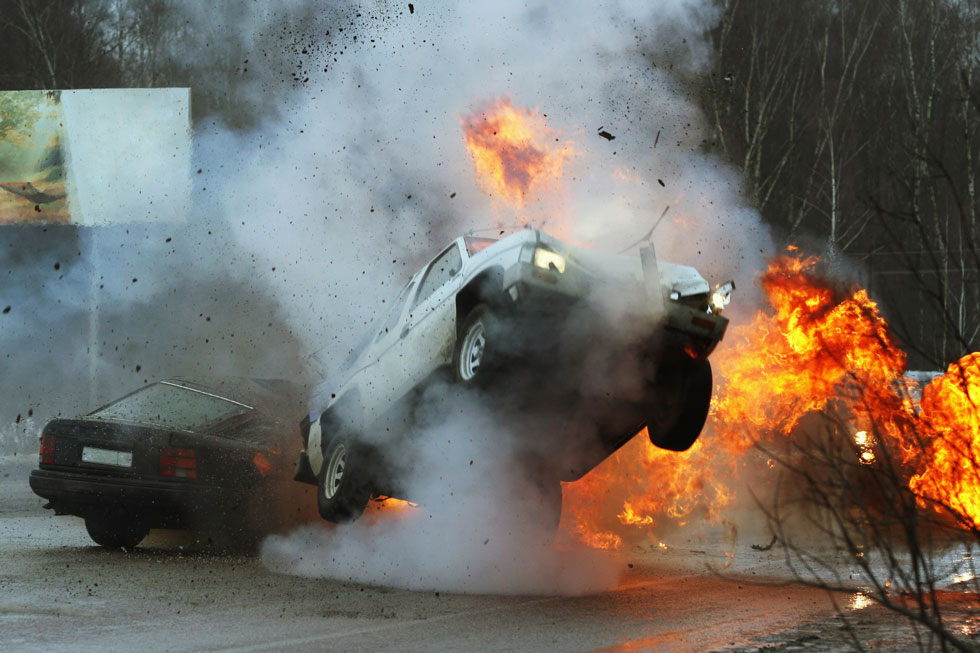 Shoots from aircraft including airplanes, helicopters, gliders and balloons. Includes scenic shots from private or commercial aircraft that do not involve aerial acrobatics or other hazardous maneuvers. Does not include aircraft liability.

Fight scenes that are choreographed, structured, and sequenced. These scenes may involve physical contact between actors and the use of weapons.

The use of recreational vehicles such as ATV's, go carts, mopeds, motorcycles, scooters, segways, snowmobiles and similar type vehicles.

Scenes involving the use of animals, such as: dogs, farm animals, household pets and zoo animals.